Don’t count on a power strip with protectors to safeguard your home and fragile electronics. There are no cost-saving alternatives to installing a whole-home surge protector.

Not long ago, we were halfway through the job of completely rewiring a 3,200-square-foot house. The owners decided to save money and not cancel the planned whole house surge protection. 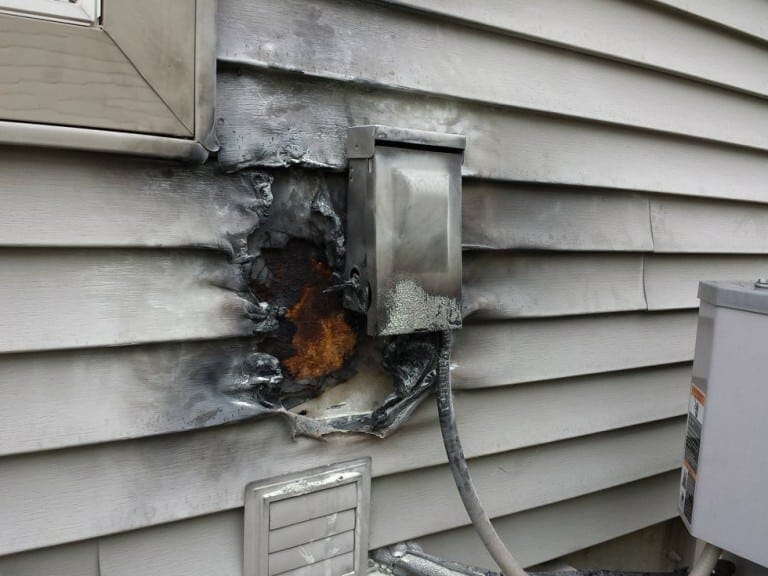 Of course, we got a phone call soon after the job was completed. The distressed owner reported they had a lightning strike near their home. The surge sent high voltage through the wires into the home. It burned out their Sub-Zero refrigerator. It fried the temperature controls in the double-wall oven. It killed six dimmers, two computers, and every GFCI plug in the house. “It was an $11,000 loss.”

Homeowners often believe they only need to plug their computer into a power strip. Unfortunately, that’s seldom the case.

Few surge protectors live up to their name. Many are little more than a glorified extension cord. Power surges will follow any wire into a house. That includes phone and cable lines. This will threaten fax and answering machines, televisions, satellite systems, computers, and modems. Surges also attack delicate electronic circuitry that proliferated our homes today. There is no substitute for whole-home surge protectors.

Power surges often only last a few millionths of a second. Still, at its worst, it carries tens of thousands of volts. That will crash hard drives, fry circuit boards, and destroy your home-entertainment system. What Causes Power Surges

Lightning-induced surges are the most dangerous and destructive type of power surge. A 200,000 amp jolt crashing through a power line will burn standard 20-amp wiring. Please note that a lightning strike must be less than a mile from the house to cause harm. In fact, the most problematic surge-related damage is not caused by lightning. 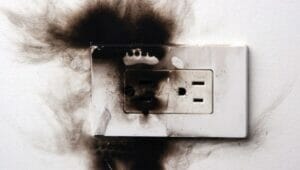 A more common cause of surges is downed power lines. Other causes are sudden changes in electricity use by a nearby factory. More common is the power cycling of electric dryers, air conditioners, and refrigerators.

The damage caused by power fluctuations can be immediate and unexpected. It may not show up for some time. “You might not even notice it,” says Beau Serat, the owner of Redhawk Electric. They are master electricians that install residential and commercial surge-protection systems.

The whole-house suppressors that we install are hard-wired to your electrical panel. This process requires a licensed electrician. Make sure your whole-house system is rated to stop a 40,000-amp surge. Other features to look for include thermal fuses and an alarm that makes you aware when a device has taken a hit.

Call Redhawk Electric to get a FREE quote on a Whole House Surge Protectors.